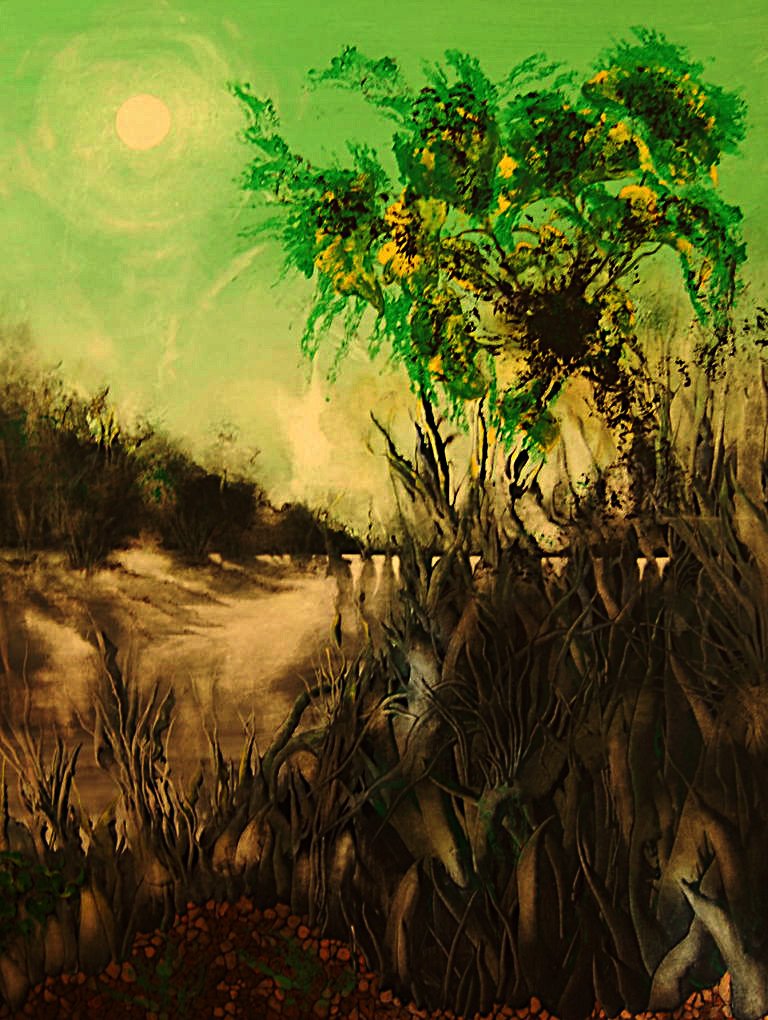 This exhibition explores themes central to Mike’s work, not least his interest in ancient mythology and a developed ‘sense of place’ acquired over a lifetime’s travel.  However, the ancient myth that primarily informs this exhibition is that of Persephone and her mother, Demeter. The story goes that Hades, King of the Underworld, abducted Persephone and made her his queen. Demeter scours the world looking for her lost daughter, leaving desolation wherever she goes. An appeal to her brother Zeus results in an arrangement whereby Persephone spends half the year in the Underworld (Autumn/Winter) and the other half back on Earth (Spring/Summer).  This ancient, entirely pagan narrative forms part of a complex nest of interlocking fertility myths, not least those associated with Dionysus (called Bacchus in later Roman times). It is generally assumed that most of these myths are Greek in origin but research by Martin Bernal (‘Black Athena’, 1996) has shown that many have their origins in Africa and Asia. Indeed, Dionysus is a late Greek ‘import’, probably from Persia. Interestingly, his spread throughout ancient Greece followed the development of viniculture, hence his association with wine and drunkenness.

English manifestations of these fertility myths interested Ruskin – including May Day festivities, corn-dollies and the like – some of which Mike features in this exhibition although his take on these semi-pagan, cult activities have been given a surreal ‘twist’. Demeter herself is associated in Greek mythology with the corn harvest. Dionysus too exuded a potent, albeit ambiguous sexuality and his female followers (Bacchante) were known to tear limb from limb any man who spied on their secret rituals.

Ruskin’s ‘take’ on the Persephone myth is complex and largely viewed through the tinted spectacles of his religious beliefs, even at a time when such beliefs faltered.  He often wrote about Proserpina (the Roman version of Persephone) but associated her more with certain flowers than fertility of seasonal regeneration. Later, Rose La Touche (whom Ruskin first met when she was nine and whom he later sought to marry) merged in his mind with his unique ‘version’ of Proserpina, his mythical figure acquiring thereby many of Rose’s girlish attributes. This ‘appropriation’ is explored in Mike’s ‘Rose Quartet’ . These collages (something between Gothic stained-glass windows and a Victorian scrap book) try to encapsulate Ruskin’s tragic relationship with Rose – a fraught relationship that lasted seventeen years, ending with Rose’s premature death in 1875.  Mike has had a long association with Greece, including living and working in Corfu for the last five years as a writer/painter. His cottage in a remote part of the island, halfway up a mountain, was surrounded by dark forests where one could easily imagine mythological gods and goddesses once walked, ruling over rural communities given to superstition and driven by a need to ‘explain’ natural phenomena – such as the forked lightening that frequently shook that part of Corfu.

Thousands of years later that same lightening destroyed Mike’s hard-drive so you see it is wise not to offend these gods – even now!

‘Mike’ Healey is a professional artist/writer based in Kendal, Cumbria. In October 2018 he was featured-artist in that edition of ‘Cumbria Life’.  Mike has a long association with Brantwood, first exhibiting at the Severn Gallery in 1999 with a show celebrating ‘Alice in Wonderland’.  Others followed over the next three years, including an exhibition exploring aspects of William Shakespeare’s ‘The Tempest’. The opening of this particular show coincided with a performance of the play itself in the parkland below the house. This opening was graced by members of the professional cast in costume examining portraits of themselves – a mildly surreal experience for all concerned! 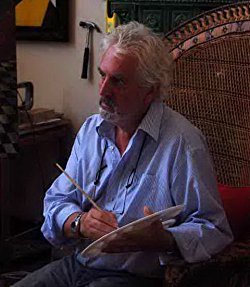