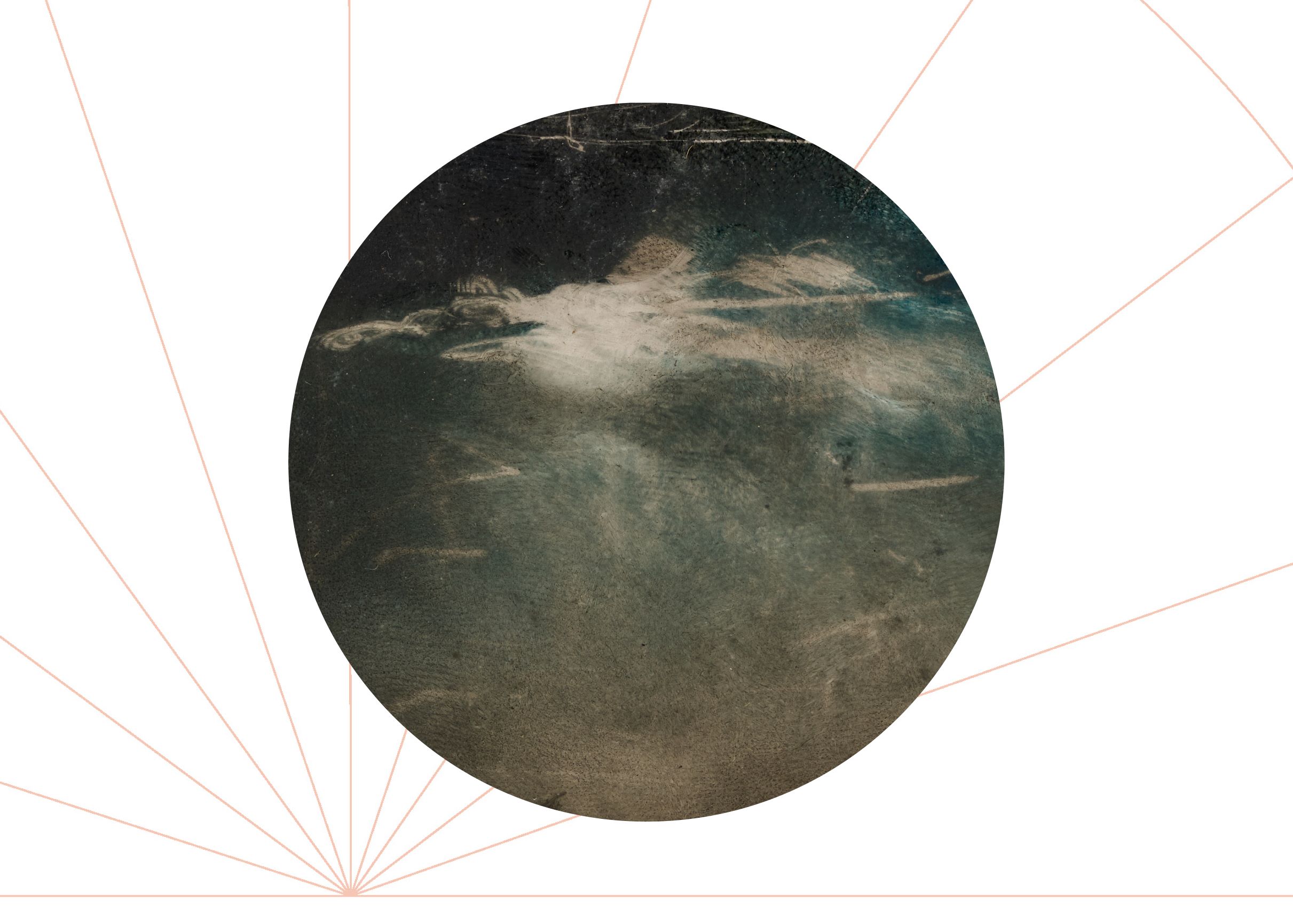 Explore Lancaster University’s Ruskin Whitehouse Collection exhibited in London and the Lake District. Three exhibitions about John Ruskin’s ideas in the age of science, starting with ‘The Skies are for All: Ruskin and Climate Change’, in the Blue Gallery at Brantwood from 22nd April to 17 July 2022.

Curated by Sandra Kemp (The Ruskin), with Keith Moore (the Royal Society) and Howard Hull (Brantwood), the exhibitions place Ruskin alongside his nineteenth century scientific contemporaries, exploring his influence on science and society, in his time and our own.

The exhibited works are drawn from the collections of The Ruskin –Museum and Research Centre at Lancaster University and the Royal Society, London, a Fellowship of many of the world’s most eminent scientists and the oldest scientific academy in continuous existence.

While The Ruskin at Lancaster University is currently closed for major refurbishment, this series of exhibitions showcases the Ruskin Whitehouse Collection in London and the Lake District. The Ruskin will reopen in 2024.

The Skies are for All: Ruskin and Climate Change

He exploited scientific techniques to refine artistic observation, and brought an artist’s perspective to new scientific understanding of the atmospheric elements. Ruskin’s cloud studies were a catalyst to contemplate a new phenomenon. In ‘Storm Cloud’, he described a new type of cloud associated with pollution: the ‘plague wind’ of an industrial revolution that was darkening the skies over Europe. Ruskin knew that naturally occurring phenomena discoloured the skies, but he distinguished their effects from those of industry.

Ruskin recognised that he was living through a period of unprecedented scientific, environmental and technological change. 150 years ago, a lifetime of close observation of the skies led him to declare that human activities were damaging the health of both people and planet.

Ruskin’s Perspectives: The Art of Abstraction

Ruskin was fascinated by form and pattern, proportion and symmetry, in the world around us. He used the processes of abstraction to communicate his thoughts through the composition of his works: spheres, cones, crystals, planes and spirals. This exhibition draws on a cultural history of maths to explore nineteenth century scientific ideas about the relationship of things and their properties to each other.

Behind the Eyes: The Science of Sight

An exhibition in two parts.

From the telescope to early forms of photography, Ruskin exploited developments in optical technologies to push the boundaries of recording the world with extreme visual clarity. Across two sites, this exhibition explores observation and evidence in Ruskin’s works, alongside his scientific contemporaries.

The Ruskin Whitehouse Collection was purchased by Lancaster University in 2019, with generous support from the National Heritage Memorial Fund and others. The Collection is on permanent display at both The Ruskin and Brantwood, John Ruskin’s former house, garden and estate on the shore of Coniston Water.