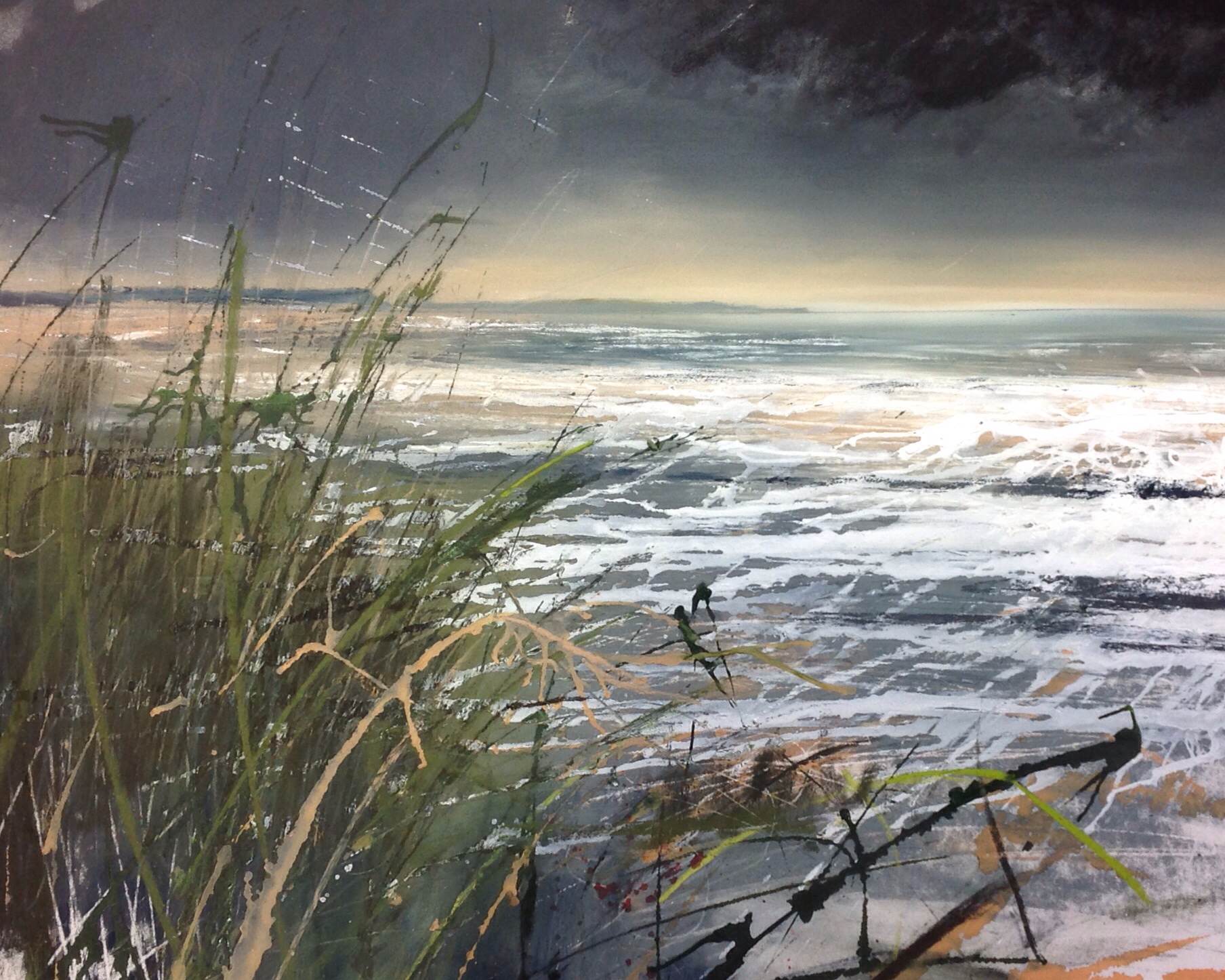 An exhibition of  landscape paintings inspired by walking her dog in all weathers throughout the year in northern Cumbria.  The exhibition also contains some works representing the west coast of Scotland which she visits regularly.  All are mixed media, using acrylic ink and chalk pastels.

Born and brought up in Cumbria, Helen left the county at the age of 18 to study Geography at Manchester University.  After years living in and exploring various parts of the UK she has now returned, and has a studio in Fletchertown, the village in which she grew up.

The land sandwiched between the Solway and the ‘Back ‘o’ Skiddaw’ is one she knows intimately and has been hugely influential in her work, despite initially being better known for her depictions of the west coast of Scotland.

Her landscapes are highly evocative, full of atmosphere and alive with movement.  They are usually unpeopled, depicting those wild, remote places which she loves to explore.  Helen has spent many hours walking, sailing, cycling and cross country skiing in all weathers.  She has climbed all 284 Scottish Munros (mountains over 3000 feet) and has sailed extensively off the west coast of Scotland, all the while observing and experiencing the best and worst of British weather, which she is not afraid to express in her work.

Her language of mark making is distinctive and self taught. Initially, she works in rapid, sweeping, almost frantic movements, using her hands to apply the chalk pastel and acrylic ink. A basic image emerges very quickly, but the pace then slows and her technique becomes more considered, until the piece is compositionally and tonally balanced. The resulting work has been exhibited widely in the UK.